State of the District featuring Councilman Joe Buscaino is Sold Out!

We are now at capacity for the State of the District. Please attend one of our future events and for more information contact our office.

Councilman Joe Buscaino was first elected in 2012 to fill the seat vacated by Janice Hahn, following her successful bid for US Congress. He was re-elected to his first full four-year term on March 5, 2013.

Prior to his election to the City Council, Buscaino served for 15 years as a police officer in the Los Angeles Police Department.  The Councilman and his family live in San Pedro. 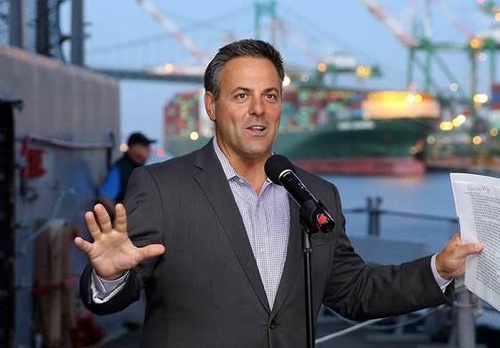 Event parking is located at the Topaz Building, and the entrance to the structure is located on Centre Street between 5th and 6th Street.  There will be a parking attendant to assit you.  Once in the structure and parked, please take the elevator to the lobby (L) and there will be signs to direct you.